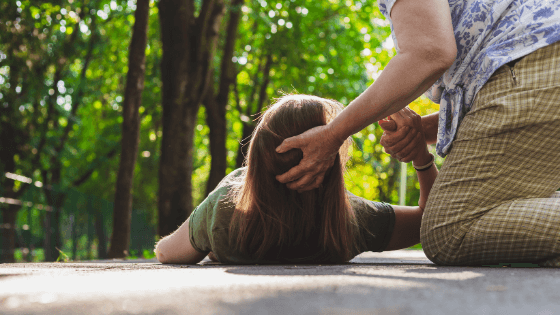 There are many misconceptions surrounding epilepsy. Affinity Health dispels the myths around this non-infectious neurological disease.

Epilepsy is a chronic neurological disorder involving some form of injury to the brain. The hallmark of epilepsy is recurrent, unprovoked seizures that occur when a burst of electrical impulses within the brain become too active and send the incorrect message to other parts of your body. As a result, your body starts to twitch, convulse, and have a seizure.

Certain triggers are known to increase the risk of having seizures. A few of the most commonly reported triggers are lack of sleep, high fever or illness, stress, bright or flashing lights, stimulants such as caffeine, alcohol, medicines, or drugs, or skipping meals. Identifying triggers isn’t always easy because a single incident doesn’t always mean something is a trigger. It’s often a combination of factors that trigger an epileptic seizure.

“It’s important to understand that epilepsy is not contagious. Despite what you may have heard, you cannot catch it from someone who has it. It’s not passed down through families in the same way that blonde hair or brown eyes are. But someone who has a close relative with epilepsy has a slightly higher risk for it than somebody with no family history of seizures,” says Murray Hewlett, CEO of Affinity Health.

Seizures can vary from momentary lapses of attention or body jerks to severe and continued convulsions, and vary in frequency from less than one episode a year to several times a day.

During a generalised epileptic seizure, suffers may lose consciousness or – in milder cases – experience an altered sense of sight, smell, taste, or sound. The condition affects both men and women of all races, ethnic backgrounds, and ages, but children and elderly adults are most frequently affected. There are around 180,000 new cases of epilepsy every year, with about 30 percent occurring in children. It is estimated that up to 70 percent of individuals living with epilepsy could live seizure-free if properly diagnosed and treated.

Symptoms vary depending on the type of seizure, but in most cases, a person with epilepsy will tend to have the same kind of seizure each time, so the symptoms will be similar from episode to episode. They may include:

If you suspect you may have epilepsy, book an appointment with your local GP who can examine you, and, if they suspect epilepsy is the cause of your symptoms, they will put you on treatment. For most people, no further tests are needed but in some cases you may be referred to a specialist. If you have been diagnosed with epilepsy and experience any of the below, seek immediate medical help:

“While watching someone have a seizure can be frightening, it’s important to recognise the signs of a seizure, respond appropriately with proper seizure first aid, and know when to call for help,” says Hewlett. “Knowing the three words, ‘Stay. Safe. Side’ can help save lives. Stay with the person until they are awake and alert after the seizure. Keep them safe by moving or guiding them away from harm, and turn them on their side if they are not awake or aware until help arrives.”

Affinity Health aims to provide premier quality, affordable medical insurance to South Africans. We strive to give our clients peace of mind and the highest standard of service when they are faced with injury or illness. We work to deliver innovative solutions that are simple, cost-effective and proven, so our cover is structured to ensure that you get exactly what you need. For more information follow us on Facebook, and Instagram.