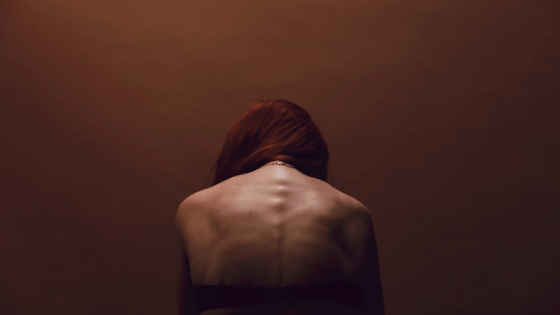 Eating Disorders Awareness and Screening Week (Feb 24-March 1) aims to raise awareness about eating disorders and provide resources for those who are curious about the disorders or who are interested in seeking treatment.

“Despite what some may believe, an eating disorder is not just the inability to stop eating piles of donuts or the need to snack on lettuce leaves and celery stalks alone,” says Murray Hewlett, CEO of Affinity Health.

“Eating disorders are about more than food. They are complicated mental health conditions that often require the intervention of medical and psychological experts. Eating disorders can cause serious health consequences and may even lead to death, so one must get professional help as soon as possible.”

Affinity Health describes the most common types of eating disorders:

Anorexia nervosa: People with anorexia are often so afraid of gaining weight that they starve themselves. The condition is more common in women and girls, but it affects boys and men, too. Anorexia is a serious health problem that can result in heart, brain, multi-organ failure, and death.

Bulimia: People with bulimia frequently eat substantial amounts of food in a short time and force themselves to vomit afterward to compensate for the calories consumed. Common side effects may include oral health issues such as worn tooth enamel and tooth decay, acid reflux, severe dehydration, and hormonal disturbances. In extreme cases, bulimia can create an imbalance in electrolytes levels, which can cause a stroke or heart attack.

Binge Eating Disorder: One of the most common eating disorders is binge eating, which involves the regular consumption of large quantities of food over short periods. Typically, people who struggle with it are overweight or obese. It can develop at any age and lead to type 2 diabetes, high blood pressure, and heart disease.

Other eating disorders include:

If you or a loved one struggles with an eating disorder, be it anorexia, bulimia, or another eating disorder, know that you are not alone. Don’t hesitate to speak to your healthcare provider, who will be able to provide an accurate diagnosis and assist with the right treatment approach.

About Affinity Health: Affinity Health aims to provide premier quality, affordable medical insurance to South Africans. We strive to give our clients peace of mind and the highest standard of service when they are faced with injury or illness. We work to deliver innovative solutions that are simple, cost-effective, and proven, so our cover is structured to ensure that you get exactly what you need. For more information, follow us on Facebook, and Instagram.