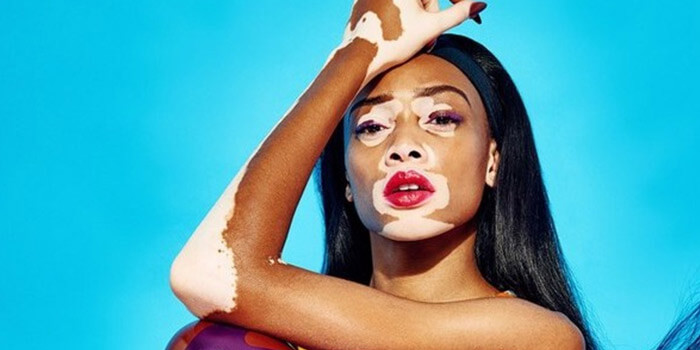 Do you know what Vitiligo is?

World Vitiligo Day is on the 25th June

Vitiligo is a disease that kills the skin cells that produce melanin, causing the loss of skin colour in blotches.  The disease affects all races and skin types, but is more noticeable in people with darker skin and while it is not life threatening or contagious, it can be stressful and affect one’s self-esteem.  Vitiligo signs and symptoms can appear at any age, but mostly appears before age 20.

The earliest recorded cases of Vitiligo in medical journals only go as far back as 1955, but this unknown skin disease has received massive exposure over the last 5 years thanks to Supermodel Winnie Harlow.  Rather than trying to hide her skin discoloration she embraced it, and is now a world famous supermodel that shoots for top fashion brands. 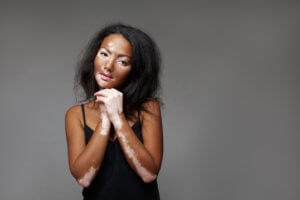 Doctors cannot confirm exactly why the skin cells die, but it may be related to a disorder in which your immune system attacks and destroys the melanocytes in your skin.  It could be hereditary, or it could be caused by a trigger event such as sunburn, stress or exposure to industrial chemicals.

No drug can stop the process of Vitiligo, but there are drugs that can help restore some skin tone.  Various treatments include: