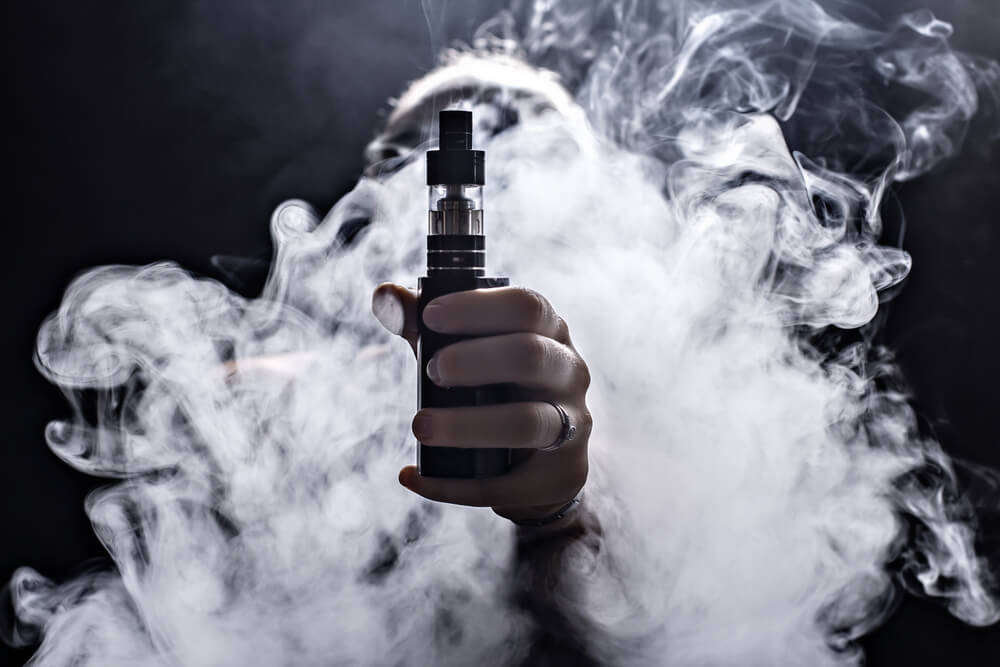 Vaping hit the market a few years ago and was advertised as a healthier alternative to smoking. A Vape, which is shorthand for Vaporiser, is an electronic cigarette, or e-cigarette.

Initially, smokers used the device as a way to mimic the actions of smoking an actual cigarette, to satiate cravings while trying to quit. Instead of high amounts of nicotine and other nasty additives like tar found in most cigarettes, the Vape uses E-Juice to create the puffs of smoke while the user inhales through the mechanism’s mouth piece.

Recently, many Vape users have come forward to say that their Vapes and E-juice have negatively affected their health. Some experts have even coined the term used for the particular set of symptoms and common lung diseases experienced by Vapers as Vaping illness.

But studies thus far regarding the direct correlation between e-cigs and death have been mostly inconclusive. Vape defenders believe that the Vape is a much healthier option than smoking cigarettes and have even said that the symptoms experienced in Vaping illness are coincidental and could easily be attributed to other lifestyle factors.

Another aspect of vaping that has many people concerned, is that instead of being used by adults who wish to steer clear of cigarettes, soon after their launch into the mainstream, Vapes became popular with teens and young adults. The trend hasn’t died down and most of the deaths and injuries reportedly attributed to vaping have been of the latter group.

What is in E-Juice?

To be clear, e-Juice does contain nicotine, but in smaller amounts than most cigarettes.

Studies of the contents of vape juice have found various chemicals in different brands, with some black market versions of the product containing higher amounts of nicotine as well as THC, the psychoactive chemical in marijuana.
Most forms of e-liquid have four main ingredients; there’s some variation, but not really very much, says Vaping Post.

Vegetable Glycerine, or VG makes up 80% of the liquid, Propylene glycol, food grade flavourings and nicotine. The nicotine is what makes vaping such an effective substitute for smoking; you can satisfy your nicotine cravings without having to set fire to tobacco leaves.

“It is clear that every time a person ingests one of these products, he/she is taking a risk,” Scott Krakower, DO, assistant unit chief of psychiatry at Zucker Hillside Hospital, Glen Oaks, New York,  told Healthline. “These products specifically attract youth, as they may have a fun or novel appearance and are easy to conceal. The public should proceed with caution before ingesting any of these products.”

People who are believed to be suffering from Vaping illness are reported to be experiencing nausea, weight loss, diminished lung capacity, fatigue, vomiting and fever.

The Food and Drug Administration warns that there appears to be a higher risk factor involved for people who vape THC.

An article in The New England Journal of Medicine cautioned, “e-cigarette aerosol is not harmless; it can expose users to substances known to have adverse health effects, including ultrafine particles, heavy metals, volatile organic compounds and other harmful ingredients.”

Experts believe that another cause of Vaping illness could be the additive, vitamin E acetate.

Vitamin E acetate is a popular supplement when ingested, but its safety as a vapour that enters the lung is being disputed.

How many deaths have been documented?

There are been 530 total possible cases of vape-related lung illness as of 17 September 2019 in the USA. Seven have resulted in death, the CDC has confirmed.

According to the National Council Against Smoking, no Vape-related deaths have been reported in South Africa.

What hospital can I go to?

We are continuously adding new hospitals to our preferred list. To find a preferred hospital closest to you, please contact our Customer Care department on 0861 11 00 33 and select option 4.