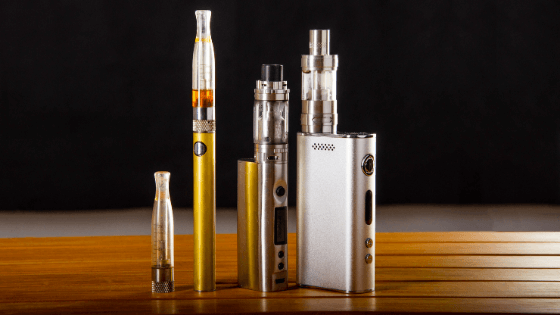 The signs are clear: The use of electronic cigarettes among youths has reached an epidemic proportion. Affinity Health provides tips for parents on how to prevent their teens from becoming part of a new vaping generation.

Vaping rates among young people are skyrocketing, with E-cigarettes being the most frequently used tobacco product among teens (and even tweens).

“Although e-cigarettes have been around for more than ten years, vaping among teens is on the rise. In fact, estimates suggest that E-cigarettes are now the most commonly used tobacco product among adolescents,” says Murray Hewlett, CEO of Affinity Health.

“While the dangers of vaping have still not been set in concrete, there have been several unexplained illnesses and deaths that have been attributed to vaping – and this is a reason for serious concern. It’s important that parents – as well as teens – educate themselves on the risk associated with vaping.”

Vaping is the act of inhaling and exhaling vapour produced by heated nicotine liquid (often called “juice”) placed inside an electronic cigarette (e-cigarette), vape pen, or vaporizer. Although vaping manufacturers deny that they are marketing to young people, they have netted a captive market of under 21-year-olds. Similar to alcohol and cigarettes, a substantial amount of vaping advertisements is directed toward youth – making vaping appear “cool”, “fun”, and “socially acceptable”.

In 2019, over 5 million youth reported vaping nicotine, cannabis, and flavourings without active drug substances (such as nicotine or cannabis), increasing from 3.6 million youth in 2018.

While the health risks associated with vaping appear to be less severe than traditional combustible cigarettes (there’s no tar, for example), experts warn that there are still risks.

Known vaping risks may include:

Vaping is particularly easy to hide, so it can be tricky knowing whether your teen is vaping or not. Affinity Health advises parents to take an inquisitive and curious approach to what their teens are doing.

“The most important thing for parents of teens is to keep conversation channels open. Your teen should be comfortable discussing all topics with you, including vaping. Parents also need to research the cons of vaping, so they can pass this knowledge onto their teen and better equipped them with the information they need regarding vaping,” concludes Hewlett.

Affinity Health aims to provide premier quality, affordable medical insurance to South Africans. We strive to give our clients peace of mind and the highest standard of service when they are faced with injury or illness. We work to deliver innovative solutions that are simple, cost effective and proven, so our cover is structured to ensure that you get exactly what you need. For more information follow us on Facebook, and Instagram.