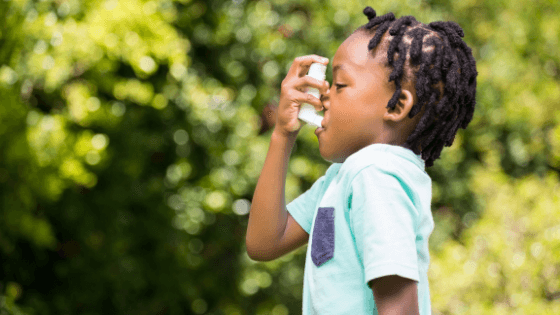 Life as an asthma sufferer is no walk in the park, but there are many natural treatment options that can bring relief for people with breathing difficulties.

Besides a treatment regimen prescribed by your doctor,  there are several natural remedies that may help prevent an attack by reducing inflammation in the airwaves.

Asthma is a condition in which your airways narrow and swell and may produce extra mucus, explains Mayoclinic. This can make breathing difficult and triggers coughing, wheezing when you exhale and shortness of breath.

The condition can range from mild to life-threatening, and can affect daily activities and could sometimes lead to a fatal asthma attack.

It is incurable, but certainly manageable. Some kids will grow out of their asthma as they reach adulthood.

What is an asthma attack?

Web MD describes an asthma attack as the sudden worsening of asthma symptoms caused by the tightening of muscles around your airways. This tightening is called a bronchospasm. During the asthma attack, the lining of the airways also becomes swollen or inflamed and thicker, and an excessive amount of mucus is produced.

Most times, asthma attacks are triggered by stress.

Firstly, it is important to know what triggers your asthma specifically. Common triggers that leave sufferers desperately gasping for air include respiratory illnesses such as flu, bronchitis, pneumonia and viruses.

Strenuous exercise can also constrict the airwaves making breathing difficult, as can irritants in the air such as air pollutants, chemical fumes, strong odours and smoke. Airborne allergens from pet dander, feathers, cockroaches, dust mites, pollen and food allergies with dairy and wheat are often the main culprits.

Additional triggers include extreme weather conditions from very high humidity to low temperatures; stress and other emotions from shouting, anger, laughter to crying may all bring on an attack.

Although it is difficult to know when an attack will occur or how to prevent it, once you have identified triggers through allergy tests or through keeping a log of what causes your attacks, it is possible to work out a plan to avoid the stressors. These may include:

Natural remedies generally complement and support the regimen that your doctor recommends to treat the type of asthma you suffer from. These remedies may contain properties that ease symptoms.

The root herbs garlic and ginger are natural healing powerhouses and have anti-inflammatory properties that can ease symptoms and may lead to an improvement in lung function in the long run. Taken with honey and cinnamon,  garlic or ginger in a hot toddy becomes super-charged to soothe a sore throat or reduce coughing.

The herbs thyme and oregano are also useful for fighting throat infections and coughs, which can trigger an asthma attack. As one of the best antibiotics found in nature, it would be useful to keep a bottle of oregano gel capsules on hand for when the throat feels itchy or you can feel a cold coming on.

Some health practitioners recommend the use of Omega-3 oils found in fish or flax seeds as this may also decrease inflammation in the airways and strengthen lung function.  Caffeine, which has the ability to act as a bronchodilator, can reduce respiratory muscle fatigue and improve the function of the airways for up to four hours after consumption, Healthline reports.

Some asthma sufferers use breathing exercises such as the Buteyko Breathing Technique and the Papworth Method, which focus on breathing through the nose and on relaxation techniques. Breathing out the mouth apparently dries out the airways and this causes sensitivity, which in turn may lead to an asthma attack.

If you aren’t one for natural remedies, having health insurance can stop you from burning a hole in your pocket.

Affinity Health offers you the comfort of seeing private doctors, without the hassle of paying large sums of money.