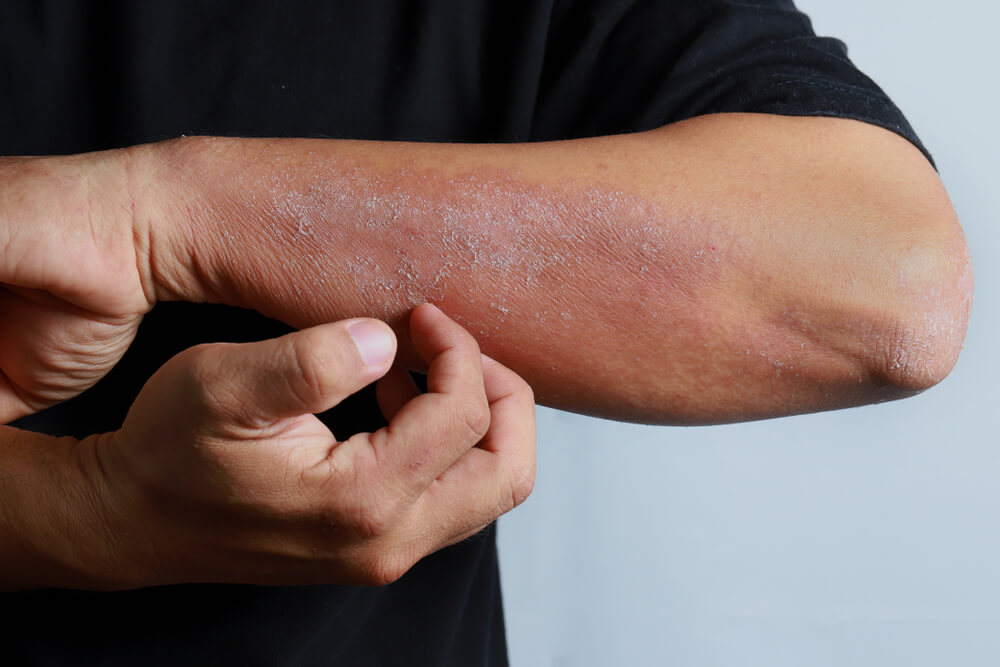 Eczema and how to treat it

Eczema is one of the most common skin afflictions in the world. It is mainly a childhood condition, but many adults also suffer from the uncomfortable, itchy ailment.

There are differing stages of eczema, though the general description is red, flaky and irritated skin. Some people experience eczema on patches on their bodies, while other have full body eczema. Some people also have eczema symptoms all through the year, while others have episodes of eczema, also referred to as flare-ups.

Eczema patches can also look like cracked skin and feel rough to the touch. Atopic dermatitis is the most common type of eczema. Directly translated, the name explains the condition.

According to Medical News Today, “Atopic” refers to a collection of diseases involving the immune system, including atopic dermatitis, asthma and hay fever. Dermatitis is a type of inflammation of the skin.

In children and toddlers, eczema may present differently than in teens and adults.

With young children, rashes are common on the scalp, behind the ears and in the neck. These are areas that are usually constantly damp owing to sweating and milk spittle. It usually irritates the skin and causes children to be irritable and sometimes hamper their sleeping patterns.

In adults, rashes usually appear behind the knees, on the wrists, ankles and the crease between the buttocks and legs, and the area can appear darker in colour than the rest of the skin.

Most times the rashes cover much of the body and can lead to skin infections.

But what causes eczema?

Eczema is believed to be triggered by certain hormonal as well as environmental factors. There isn’t an exact cause that has been recognised as the definitive factor, although certain foods, weather conditions, allergies etc. have been linked to eczema.

Children who are born with eczema usually test positive to dust and peanut allergies. The connection has been assumed, although not confirmed.

The cause of the condition is believed to be linked to an overactive response by the body’s immune system to an irritant.

People who have asthma also often suffer from eczema to varying degrees.

How is it treated?

Eczema is mostly treated with topical ointments such as aqueous cream and antihistamines. Eczema symptoms are treated, although there isn’t necessarily medication to ‘cure’ it. The application of oils and medications such as Allergex has received mixed reaction from the medical community.

Web MD reports that over-the-counter products, such as hydrocortisone 1% cream, or prescription creams and ointments containing corticosteroids, are often prescribed to lessen inflammation. In addition, if the affected area becomes infected, your doctor may prescribe antibiotics to kill the infection-causing bacteria.