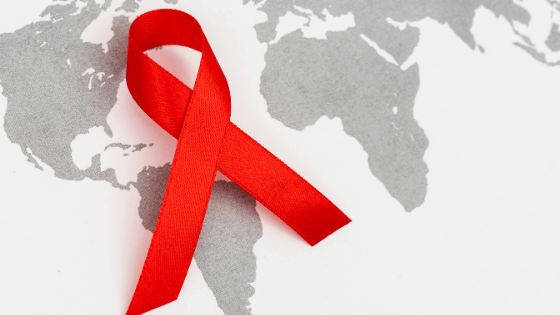 This World AIDS Day, join Affinity Health in calling on countries to step up their efforts to achieve healthier societies.

World AIDS Day takes place on 1 December each year. It’s a chance for people across the globe to unite in the fight against HIV and the Aids pandemic, express their support for people living with HIV, and honour those who have died from AIDS-related illnesses. World AIDS Day was founded in 1988 and is one of the 11 official global public health campaigns marked by the World Health Organization (WHO).

Aids (acquired immunodeficiency syndrome) is a chronic condition caused by the human immunodeficiency virus (HIV). By damaging your immune system, HIV interferes with your body’s ability to fight infection and disease. As of 2019, an estimated 38 million people were living with HIV, 1.8 million of which were children.

While there is no effective cure for HIV, with proper medical care, you can control HIV and prevent complications. These medications are called antiretroviral therapy (ART).

“HIV/AIDS is one of the most serious health concerns in South Africa,” says Murray Hewlett, CEO of Affinity Health.

“The good news is that our country has made some worthy advances when it comes to tackling HIV. We have the world’s largest ART programme and were the first country in sub-Saharan Africa to fully approve PrEP (pre-exposure prophylaxis), which is now being made available to people at high risk of infection. New infections have also declined among South African children, mainly due to the success of preventing mother-to-child transmissions.”

South Africa aims to reduce the annual number of new infections to under 100,000 by 2022. The government plans to achieve this by intensifying prevention efforts in the 27 districts that account for 82 percent of all people living with HIV and the majority of new infections. SA has also committed to achieving zero new infections due to mother-to-child transmission within the next two years.

“Although there is still some misinformation and stigma regarding HIV and Aids, more South Africans are talking differently about this illness and are seeking treatment earlier. There are laws to protect people living with HIV, and we understand so much more about the condition,” says Hewlett.

“This has also increased TB treatment success. South Africa’s HIV epidemic fuels the TB epidemic because people living with HIV are at a far higher risk of developing TB due to weakened immune systems.”

Hewlett continues to say that World AIDS Day is significant because it reminds the public and government that HIV has not gone away. There is still a vital need to raise money, increase awareness, fight prejudice, improve education, and encourage communities to get tested and know their status.

Poverty, lack of education, and gender-based violence are a few reasons for South Africa’s high HIV rate. While rates of HIV testing are similar across provinces, those living in rural areas are as much as two times less likely to have tested for HIV than those in urban areas.

“Getting tested is the only way to find out if you have HIV. If you are living with HIV, starting treatment as early as possible means you can live a full, healthy, and productive life. Free and confidential HIV tests are available from sexual health clinics, charity testing services, many GP surgeries, and pharmacies,” concludes Hewlett.

Affinity Health aims to provide premier quality, affordable medical insurance to South Africans. We strive to give our clients peace of mind and the highest standard of service when they are faced with injury or illness. We work to deliver innovative solutions that are simple, cost-effective and proven, so our cover is structured to ensure that you get exactly what you need. For more information follow us on Facebook, and Instagram.