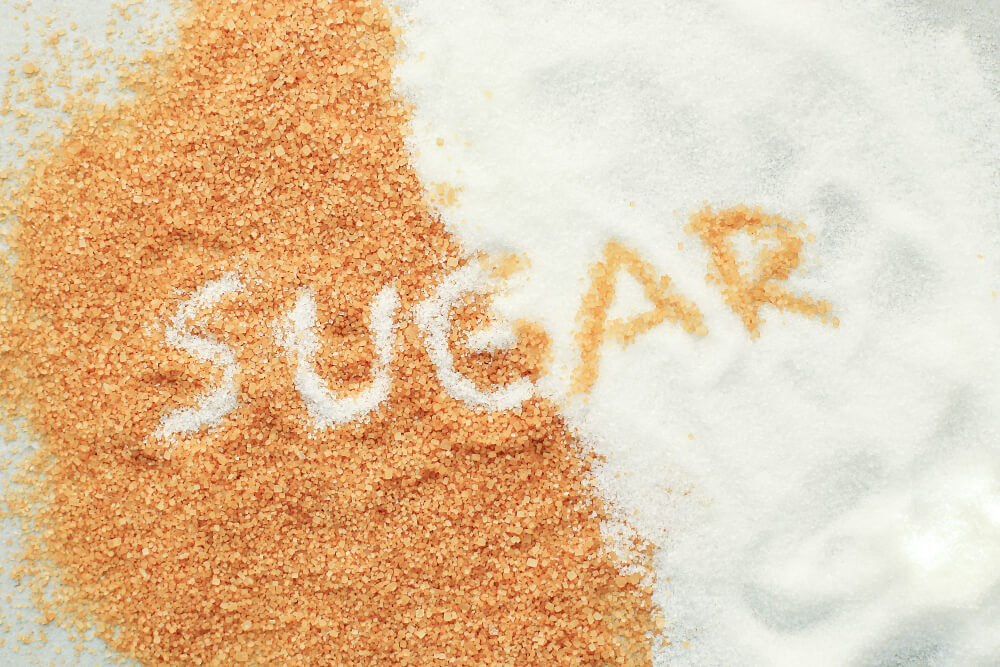 The Bitter Side Of Sweet: What Does Sugar Do to Your Brain? | Affinity Health

Leading providers of affordable medical cover in SA, Affinity Health, explore how sugar consumption can cause obesity and other chronic diseases.

According to the American Heart Association (AHA), the maximum amount of added sugars you should eat in a day are six teaspoons. Yet, most South Africans consume between 12 and 24 teaspoons of sugar per day, making SA the eighth highest sugar-consuming country globally.

How Does Sugar Harm Your Brain?

Many people turn to sugary foods to lift their negative moods and manage stress. Often, once the candy wrapper is empty, we feel happier for it. That is simply because eating sugar charges your brain a massive surge of a feel-good chemical called dopamine. Dopamine is the reason why you crave chocolate, cookies, or sweets when you’re feeling low and not peckish for apples and carrots.

However, excess sugar damages both our cognitive abilities and our self-control in the brain.

“Sugar affects our brain pathways just like addictive drugs, and most of us don’t realise how much we’re eating,” says Murray Hewlett, CEO of Affinity Health.

“Substance abuse and binge eating share many behavioural and neurobiochemical similarities, and the concept of food addiction is gaining traction among experts. In humans, high sugar diets have been shown to activate reward-related brain areas and elicit more intense emotions of hunger than low sugar ones. Foods that create a bigger rise in blood glucose stimulate the brain’s addictive urge. Over time, greater amounts of sugar are required to reach the same level of satisfaction.”

According to a study published in PLoS One, sugar can be more addictive than cocaine. While the study was conducted on animals, the researchers discovered that there are significant similarities between eating sugar and drug-like effects such as bingeing, craving, tolerance, withdrawal, dependence and reward.

Can Sugar Cause Excessive Weight Gain in Children?

Global obesity rates are rising and added sugar is believed to be one of the main culprits. Children are particularly at risk of suffering obesity. Nearly a third of children aged 2 to 15 are overweight or obese and younger generations are becoming obese at earlier ages and staying obese for longer.

While sugar is found in many of your child’s favourites foods, sugary drinks have been linked to obesity among children. Did you know that just a single sugary beverage per day increases a child’s chance of overweight by 55%? Similarly, once they become an overweight teen, there is a 70% chance they will not be able to lose the weight.

In 2018, the South African Minister of Finance introduced the Health Promotion Levy (HPL) on sugary drinks that have more than four grams of sugar per 100 ml. While the sugar tax has deterred parents from buying sugary drinks, they are still extensively marketed to children.

A 2017 study published by Scientific Reports linked sugar to depression. An analysis was done to see how dietary intake affected the mood of 23,245 participants in the Whitehall II study. It was found that higher rates of sugar consumption were related to an increased risk of depression.

The study also discovered that sugar lovers were 23% likelier to be diagnosed with a mental condition than those who consumed the least sugar.

Elevated blood glucose has a detrimental effect on the blood vessels. Blood vessel damage is the primary source of diabetes’s vascular complications. These may result in further issues such as damage to blood vessels in the brain and eyes, resulting in retinopathy.

Even in people who do not have diabetes, increased sugar consumption is connected with worse scores on cognitive function tests. These consequences are believed to result from a confluence of hyperglycaemia, hypertension, insulin resistance, and increased cholesterol.

According to a study published in the journal Diabetologia, low levels of BDNF are also associated with dementia and Alzheimer’s disease.

Learn More: The (Not So Sweet) Danger of Sugar

As studies indicate, any sugar added to our food is harmful. The good news is that cutting down on sugar may be easier than you think.

Get started cutting down on sugar with these tips from Affinity Health:

Water is ideal, but if you want something sweet to drink opt for beverages with artificial sweeteners.

Fruits such as bananas, figs and dates can make excellent additions to a low-sugar diet.

Choose foods with the lowest quantities of added sugars Added sugars can be found in the ingredients list so always read the fine print.

Reduce the amount of sugar called for in your recipe by one-third to one-half when baking cookies, brownies, or cakes. Often, you will be unaware of the difference.

Instead of sugar, substitute extracts such as almond, vanilla, citrus, or lemon in recipes.

Spices can be used to enhance dishes in place of sugar. Ginger, allspice, cinnamon, or nutmeg are all good choices.